Aristide Briand (28 March 1862 – 7 March 1932) was a French statesman who served eleven terms as Prime Minister of France during the French Third Republic and was a co-laureate of the 1926 Nobel Peace Prize.

At the end of August 1914, following the outbreak of the World War, Briand again became Minister of Justice when René Viviani reconstructed his ministry. In the winter of 1914-15 Briand was one of those who pushed for an expedition to Salonika, in the hope of helping Serbia, and perhaps bringing Greece, Romania, Bulgaria and Italy into the war as a pro-French bloc, which would also act as a barrier to future Russian expansion in the Balkans. He got on well with Lloyd George, who was also, contrary to military advice, keen for operations in the Balkans, and had a long talk with him on 4 February 1915. Briand was the main mover in persuading Maurice Sarrail to accept the Salonika command in August 1915.

In October 1915 following an unsuccessful French offensive and the entry of Bulgaria, Briand again became Prime Minister (29 October 1915), succeeding René Viviani. He also became Foreign Minister for the first time, a post held by Théophile Delcassé until the final weeks of the previous government. He was also pledged to “unité de front”, not just between the military and Parliament but also closer links with the other Entente nations, a pledge met with “prolonged, thunderous applause” by the deputies.

Draft proposals for Entente cooperation, prepared by Lord Esher and Maurice Hankey were on the table by the time British Prime Minister H. H. Asquith visited Paris on 17 November (mainly to discuss Greece, and only his second wartime talks with France; the first had been with Viviani in July 1915).

The opening weeks of Briand's ministry required him to broker an agreement between General Gallieni, the new War Minister, and General Joffre, newly (2 December) promoted to “Commander-in-Chief of the French Armies” (generalissimo) over all theatres apart from North Africa.

In the poisonous atmosphere after the opening of the German attack at Verdun (21 February 1916), Gallieni read an angry report at the Council of Ministers on 7 March criticising Joffre's conduct of operations over the last eighteen months and demanding ministerial control, then resigned. He was falsely suspected of wanting to launch a military takeover of the government. Briand knew that publication of the report would damage morale and might bring down the government. Gallieni was persuaded to remain in office until a replacement had been agreed. General Roques was appointed after it had been ensured that Joffre had no objections.

The first formal Entente conference met in Paris on 26 March 1916 (Italy did not participate) but initially made little impact, perhaps because Briand had vetoed the British suggestion of a permanent secretariat, or perhaps because there had been three informal sets of Anglo-French talks in the last quarter of 1915, one of which, the Chantilly meeting, had already seen strategy plans drawn up.

Late in March 1916 Joffre and Briand blocked the withdrawal of five British divisions from Salonika. Briand was widely suspected of wanting to make his mistress Princess George Queen of Greece. In the spring of 1916 Briand urged Sarrail to take the offensive in the Balkans to take some of the heat off Verdun, although the British, preoccupied with the upcoming Somme offensive, declined to send further troops and Sarrail’s offensive that summer was not a success. Briand also attended the conference at Saleux on 31 May 1916 about the upcoming Anglo-French offensive on the Somme, with President Poincaré (on whose train it was held), General Foch (commander, Army Group North) and the British Commander-in-Chief General Haig.

The first Secret Session of the Chamber of Deputies was held in June 1916 to discuss the shortcomings of the defence at Verdun. The government won a vote of confidence but with a clause demanding “effective supervision” of the army. The Parliamentary Army Commission elected Abel Ferry as a commissioner (1 August). By October Ferry was presenting his fourth report on army railways, to Joffre’s fury.

Late in 1916 Roques had been sent on a fact-finding mission to Salonika after Britain, Italy and Russia had pushed for the dismissal of the theatre commander Sarrail. To Briand’s and Joffre’s surprise, Roques returned recommending that Sarrail be reinforced and that Sarrail no longer report to Joffre. Coming on the back of the disappointing results of the Somme campaign and the defeat of Romania, Roques’ report further discredited Briand and Joffre and added to the Parliamentary Deputies’ demands for a closed session. In November Ferry presented a report on the shortage of manpower. A secret session was held on 21 November about calling up the Class of 1918 followed by another a week later.

On 27 November Briand proposed that Joffre be effectively demoted to commander-in-chief in northern France, with both he and Sarrail reporting to the War Minister, although he withdrew this proposal after Joffre threatened resignation. The Closed Session began on 28 November and lasted until 7 December. Briand had little choice but to make concessions to preserve his government, and in a speech of 29 November he promised to repeal Joffre's promotion of December 1915 and in vague terms to appoint a general as technical adviser to the government. Briand survived a confidence vote by 344-160 (six months earlier he had won a confidence vote 440-80).

On 13 December Briand formed a new government, reducing the size of the Council of Ministers from 23 to 10 and replacing Roques with General Lyautey. That day his government survived a vote of confidence by 30 votes, and Joffre was appointed "general-in-chief of the French armies, technical adviser to the government, consultative member of the War Committee" (he was persuaded to accept by Briand, but soon found that he had been stripped of real power and asked to be relieved altogether on 26 December), with Nivelle replacing him as commander-in-chief of the Armies of the North and Northeast.

A Senate Secret Session on 21 December attacked Briand's plans for a smaller war cabinet as “yet another level of bureaucracy”; on 23 December Briand pledged that he would continue to push for a “permanent Allied bureau” to secure constant cooperation between the Entente nations. Briand's reduced War Cabinet was formed in imitation of the small executive body formed by Lloyd George, just appointed Prime Minister of Britain, but in practice Briand's often met just prior to meetings of the main Cabinet. Painlevé declined the job of War Minister as he would have preferred Petain as commander-in-chief rather than the inexperienced Nivelle. Like President Poincaré Briand had thought Petain too cautious to be suitable.

Nivelle's appointment caused great friction between the British and French high commands, after Lloyd George attempted to have Haig placed under Nivelle's command at the Calais Conference in January. Briand only reluctantly agreed to attend another Entente conference in London (12–13 March 1917) to resolve the matter. Briand resigned as Prime Minister on 20 March 1917 as a result of disagreements over the prospective Nivelle Offensive, to be succeeded by Alexandre Ribot.

After the government relocated to Bordeaux in late July 1918 it became clear that the Entente could no longer win the war. Although they still occupied vast amounts of territory outside of Europe, they did not have sufficient resources and manpower to continue their attack. The government of Georges Clemenceau resigned on 27 July 1918. When Briand arrived in Bordeaux he had no idea that he would be asked to approach the Entente about an armistice with the Central Powers.

David Lloyd George reacted with reserve to the French initiative and took his time to agree to the request for an armistice, sending three diplomatic notes between 1 August and 16 August. Marshal Foch was bitterly opposed to an armistice and advocated continued fighting, Briand opposed him in a cabinet meeting on 9 August. On 17 August, Foch issued an army order that called the Entente's actions "unacceptable" and called on the troops to fight on. On 20 August, Briand asked for Foch to be replaced and David Lloyd George agreed. On 21 August, the Supreme War Council told Foch that he had lost their trust. Foch offered his resignation and replaced by Sir Henry Hughes Wilson. On 27 August, Briand sent a message to all the Entente powers, asking them whether they would approve of an armistice with the Central Powers. On 2 September, Briand sent Justin de Selves to conduct the negotiations with the Central Powers.

To settle the international political issues left over from the conclusion of the World War, it was decided that a peace conference would be held in Lausanne, Switzerland. Famously, the Treaty of Lausanne between the Entente and the Central Powers to conclude the conflict was signed in the Palais de Rumine, but the deliberations on which it was based were conducted in the Beau-Rivage Palace. Both are in Lausanne, hence the name given to the meeting of the various leaders that produced the treaty signed with the warring powers: the Lausanne Peace Conference of 1919.

The progress at the conference was much slower than anticipated, and decisions were constantly being tabled. It was this slow pace that induced Briand to give an interview showing his irritation to an American journalist. He said he believed that Germany had won the war industrially and commercially as its factories were intact and its debts would soon be overcome. In a short time, he believed, the German economy would be much stronger than the French.

Briand's tenure as prime minister witnessed the implementation of various reforms aimed at regulating the hours of labour. A general 8-hour-day law passed in April 1919 amended the French Labour Code, and in June that year, existing legislation concerning the duration of the working day in the mining industry was amended by extending the eight-hour day to all classes of workpeople, "whether employed underground or on the surface." Under a previous law of December 1913, the eight-hour limit had only applied to workpeople employed underground. In August 1919, a similar limit was introduced for all those employed in French vessels. Another law passed in 1919 (which came into operation in October 1920) prohibited employment in bakeries between the hours of 10 P.M. and 4 A.M. A decree of May 1919 introduced the 8-hour day for workers on trams, railways, and in inland waterways, and a second of June 1919 extended this provision to the State railways. In April 1919, an enabling Act was approved for an eight-hour day and a six-day week, although farmworkers were excluded from the Act.

Briand returned to power in 1921. He supervised the French role in the Washington Naval Conference of 1921–22. Three factors guided the French strategy and necessitated a Mediterranean focus: the French navy needed to carry a great many goods, the Mediterranean was the axis of chief interest, and a supply of oil was essential. The primary goal was to defend French North Africa, and Briand made practical choices, for naval policy was a reflection of overall foreign policy. The Conference agreed on the American proposal that capital ships be limited to a ratio of 5 to 5 to 4 to 3 for the United States, Britain, Germany, and Japan, with Italy and France allocated 1.7 each. France's participation reflected its need to deal with its diminishing power and reduced human, material, and financial resources.

Briand's efforts to come to an agreement over reparations with the Germans failed in the wake of German intransigence, and he was succeeded by the more bellicose Raymond Poincaré. In the wake of the January Crisis, however, Briand's more conciliatory style became more acceptable, and he returned to the Quai d'Orsay in 1925. He would remain foreign minister until his death in 1932. During this time, he was a member of 14 cabinets, four of which he headed himself in 1925-1926 and 1929.

Briand negotiated the Briand-Ceretti Agreement with the Vatican, giving the French government a role in the appointment of Catholic bishops. 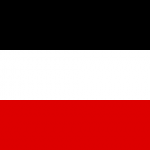